What does a carburetor do?

How air and fuel mix to feed the fire? When oxygen’s combined with fuel, it begins oxidation. And when that happens rapidly, it produces light and heat, or fire, and we call that combustion.That reaction needs to be fed oxygen to continue growing, or to keep burning it off.When there’s forest fires and the wind kicks up, the fire grows.

Want to Know the World’s Original High-Performance Carburetor Holley 1850 vs 4160 Click for more about the Holley 1850. Symptoms of Wrong Power Valve Briefly Explains Fails/Blows out

What size carburetor do I need for a 400? Find Best Carburetor for Small Block 400 and about 400 sbc carb size.Those old timey steam locomotives, when they needed more power, besides shoveling more coal into the fire, they also open up all the vents under the coal fire to get more free air inside to make it hotter.

How do carburetors work?

The air gasoline mixing is done in a carburetor’s done kinda the same way as to how you mixing’s done in this bad ass cooling, mister.When You pull the trigger, it pumps the air, pulling the liquid, collecting little drops of it, and forcing it out of the opening in the nozzle.https://www.youtube.com/embed/bVosMNhUObkWater is gonna get pulled up through the straw and sprayed out as a mist, and that’s because of Bernoulli’s Principle.Remember from aerodynamics, you’ll know Bernoulli’s Principle states that an increase in the speed of a fluid occurs simultaneously with a decrease in pressure.So, what we’re doing is we’re creating lower pressure above the straw then around the outside of the water.That is gonna pull the water up, and shoot it out!That’s pretty cool!The carb needs to make sure that enough air is mixed with the gasoline so all of the gas burns during combustion.If you’re not mixing enough air, you’re not gonna get an effective burn from all the gas. Sometimes, if it’s too rich,it’s not gonna burn at all.Now, what happens if we’ve got too much gas and not enough air?It expanded so much it forced all the air out.So, if a carburetor is shootin’ too much gasoline in there it’s not gonna have enough airto do an efficient combustion reaction.That was pretty neat, even though there wasn’t an explosion. The optimum ration of air to fuel for a typical combustion engine is about 14.7 pounds of air for every pound of gasoline.Carburetors vary in design and complexity, but the simplest one is essentially a large vertical air pipe above the engine cylinders with a horizontal fuel pipe joined into one of the sides.

And as the air flows through the pipe, it passes through a narrow kink in the middle,making it speed up, causing the pressure to fall.That kink section is called a venturi.The falling pressure of the air creates a sucking effect that draws air in through the fuel pipe, that draws fuel in through the pipe at the side.So, the air flow pulls in fuel, but the air fuel mixture still needs to be adjusted.The carburetor’s got two swiveling valves above and below the venturi.

SourceAt the top, there’s a valve called the choke. It regulates how much air can flow in.If the choke’s closed, less air flows down through the pipe.It chokes it.The venturi sucks in more fuel, so the engine gets a fuel rich mixture.There’s a second valve called the throttle. The more the trottle’s open,the more air flows through the carburetor, and the more fuel it drags in from the pipe to the side.With more fuel and air flowing in, the engine releases more energy and makes more power!Making the car go faster.Opening the throttle makes a car accelerate.The trottle’s connected to the accelerator pedal in your car, or the handlebar on a motorcycle. The fuel inlet to a carburetor is a little more complicated.Attached to the fuel pipe there’s a kinda mini fuel tank,called a float-feed chamber, this little tank with a float and a valve inside it. So far it’s not too complicated.As the chamber feeds the fuel to the carburetor, the fuel level sinks, and the float falls with it.When the float drops below a certain level, it opens a valve allowing fuel into the chamber to refill it from the main gas tank.Once the chamber’s full, the float rises, closes the valve, and the fuel-feed switch is off again, kinda works like the water tank in your toilet, you know, when you take the lid off and you look inside.The tank water empties when you flush, but then refills to the exact right amount, and then stops, ’cause of the float.These days you’re not gonna find a lot of carburetors.The only real reason to get one is if you’re trying to rebuild an old muscle car to spec, or you need your class hot rod to have just the right look.Almost all modern vehicles have switched to fuel injected systems.Here’s the reason.Fuel injection is a much more efficient, much better way to get power,’cause you’re mixing the gas at the point of combustion, but carburetors are a whole lot easier to work on, and they’re a lot cheaper as an entire system.A lot of motorcycles still have carbs. But even there, high performance designs have all made the fuel injection switch. Fuel injection in most cases just winds up having higher power output, greater fuel efficiency, and much lower emissions. The only real drawback to fuel injection is that it’s a lot more complicated and expensive to install and maintain.

1) it combines gasoline and air creating a highly combustible mixture,

2) it regulates the ratio of air and fuel, and

3) it controls the engine’s speed. 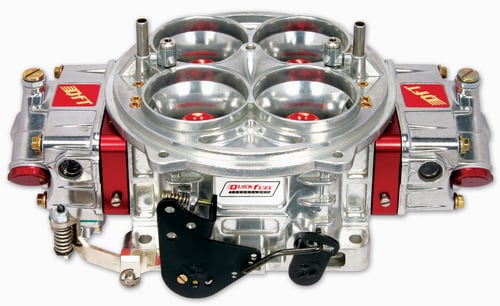 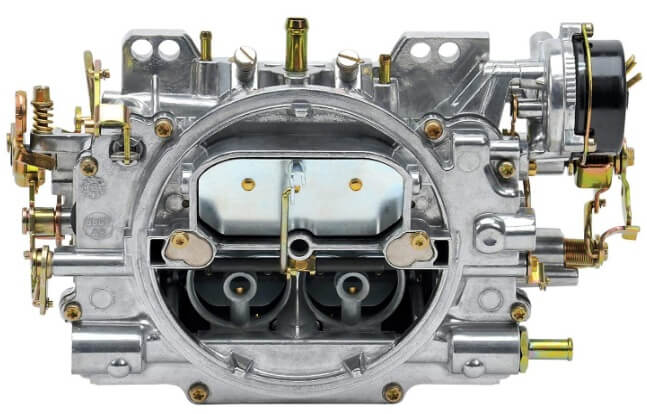