Fluke 87v vs 179: Which fluke multimeter worth the money?

Getting quality products from a thousand ones is always a tough job to do, undoubtedly. Concerning multimeters, Fluke 179, and Fluke 87V are strong competitors compared to other multimeters in the market.

What do they come with? Fluke digital multimeters are built in all the features to tackle any shock. These meters are ready to give what you want. Both Fluke 179 and fluke 87-V are capable of 6000 count displays, ensuring clear backlight. Besides this, the measuring current is up to 1000 v AC/DC. Both models are capable of features like capacitance, diode test, etc. Moreover, Fluke 87 V is slightly heavier than Fluke 179.

Why are the differences between Fluke 179 and Fluke 87 -5? Following the differences, the measurements of current flow and accuracy are not the same. On the Fluke 179 multimeters, it is up to 20 A while on Fluke 87-v, it is only 10 A. Some other features such as display, resolution mode, peak hold function, overvoltage protection vary in the two models, which are going to be discussed further in the review portion.

Fluke 179 and 87-V multimeters have both similar and different features. The features are of many, and so all the comparisons are put here into a table.  This comparison will help one to understand better at once. Similarities and differences between the fluke 179  and fluke 87  are given here.

Fluke 179 is an excellent multimeter with enhanced features and the ability to troubleshoot any apparatus or equipment. Being an actual RMS multimeter, Fluke 179 ensures correct AC voltage and accuracy.

Fluke 179 ESFP has a system of recording average, minimum and maximum values. All of the above, it has an integrated holster for protection.

For light use, fluke 179 is the best multimeter. Last for long, and battery life is very good.

Fluke 87 V or Fluke 87 5 is mostly known among all other multimeters. The Fluke 87 V vs. Fluke 179 has been discussed many more times before. However, it has some special features of the diode test, peak hold, low pass filter, and fantastic battery life. The further features are enlightened here.

Fluke 87-V has a dual display and is free from the outpouring of battery power and is designed for the industrial field.

What are the power-up options on MV Fluke 87-V, and how do you activate it? Fluke 87-V has many more settings that can work with Fluke 87-V  to power up.

It is activated in one of the function buttons when the meter is turned on. To turn on automatic power, turn it on by pressing the yellow button. This will disable, so the meter will remain on. Otherwise, it automatically powers it after 30 minutes.

A function that is very useful if you want to look at your margin resistors for holding the relative button. If I hit the relative, it will read the current and put the bar in the middle of the graph. If the lesson is higher, it will go this way.

If the text is low, it will go away so that you can see how a signal is changing around the initial value you took. So these are power-up options that are available on your Fluke 87-V, and as our founder john fluke said, “So these are functions that are the Fluke 87-V that you may not have to know how to take advantage of”. Source

How do you calibrate Fluke 87-V?

Fluke 87-V is needed to calibrate with an electric calibrator so that the multimeter gives consistent and accurate readings in any type of harsh or good environment.

At the first turn, the rotary handles into VAC position by holding up the Min/Max button. Hold it up till the word CAL is visible. Then release the button, and the multimeter is now on calibration.

Now, if C-01 is visible, then attach the output of the multimeter to the electronic calibrator. After that, the dial on the calibrator to the position of “C-O1” mentioned in the manual and switch the hold button.

Now, after visible of the “C-02” display, the dial on regarding the corresponding position of manual and press hold. Repeat the process up to “C-31″.When the process is done,” END” will be seen. Then pressing the hold button completes your calibration.

If you face any problem, contact any professional to calibrate.

How do you check a capacitor with Fluke 87?

In the test connected capacitor has to be taken towards the terminal. Hold the test leads for a few seconds to automatically select the range of the multimeter.

How do you check the voltage on a fluke 87?

What is the difference between the Fluke 179 and Fluke 87-V?

Though there are so many similarities, there are some differences too. Coming to the weight point, the fluke 87 -5  weighs more than the fluke 179. The weight of fluke 87 V is 2 pounds, whereas fluke 179 weighs 1.7 pounds. Now moving to other different features, Fluke 179  has a magnetic hanger ensuring hands-free conduction.

There are some other beneficial features also such as long-lasting battery life, the capacity of handling any critical environment, thermocouple probe, holster, and the test leads. These features are mentioned here because, for Fluke 87-V, these things have to be bought separately.

So Fluke 179  has a plus point in this regard. However, there are some complaints about Fluke 179 that it is made of plastic and may cause some trouble of being flimsy.

It’s time to focus on fluke 87 meter. This multimeter has accurate temperatures, whether it’s cold or hot. But it may suffer from cell phone interference, and the Fluke 179 ESFP does not. On the other hand, the fluke 87-v has a dual display and is free from the outpouring of battery power.

Another point is to be noted that it is designed for the industrial field and so it is not that flexible for the small working sectors.

As Fluke 87-V is designed for the industrial sector, it has developed features compared to the Fluke 179. For example, it gives the diode test.  fluke true RMS multimeter 87 has a low pass filter that filters noise and gives a clear sound. Besides this, it has a longer battery life than the Fluke 179. Moreover, it has a duty cycle and peak hold, which the fluke 179  does not have.

Both products are marvelous and long-lasting. The customers who want lighter and flexible multimeters can go for Fluke ESFP. The ones who do heavy use must go for Fluke 87-V.

What is the best fluke meter?

For light use, fluke 179 is the best multimeter. So for your personal use, this multimeter is recommended. For heavy and industrial purposes, you must go for Fluke 87-V.

Some other comparisons of fluke multimeters in brief

People sometimes get confused over some multimeters of fluke series. We have put them in short for your better and easy understanding of multimeters.

In the discussion of fluke 179 vs. 117, fluke 179 is the winner. At some points, they are alike. The built-in feature is more developed in fluke 179. Though fluke 179 is costly, it gives more accurate measurements. Besides this, there are difficulties in reading the screen. Fluke 179 does not have that problem and has been served with longevity and excellence. In a nutshell, costing extra money for 179  than the 117 won’t go vain.

The old version of fluke 87 lacks some features that fluke 87-V renders. Though both of them are identical, fluke 87 V has been made for an extreme environment. The accuracy of fluke 87 is 0.1%, and 87-V’s is .05%. Moreover, the Fluke 87 has a green backlight, and the multimeter fluke 87v has a white backlight.

These two multimeters differ from each other. Fluke 87V has a dual-screen, but Fluke 179 does not have. Despite these, fluke model 87 V has peak hold capacity and low pass filter, but the fluke 117 does not have. The fluke 87 V is also missing some features that are built-in fluke 117. For example, fluke 117 has a voltAlert system. It ensures no contact voltage detection and LoZ ghost voltage detection.

Fluke 28 ii is the upgrade version of fluke 87 V. It has built-in features as same as 87-V. But the lifetime warranty of the batteries is different. Fluke 28 ii has a longer lifespan than the 87-V. Fluke 28 ii is more costly than the fluke 87 v.

Fluke 177 is a product of the popular fluke 170 series. With a 6000 display count, it is drop tested to 1 meter. The battery life is also good, giving a guarantee of a lifetime. It is used for field service.

Fluke 87-5 is used for industrial applications and can give up to 20000 display counts in higher resolution. Besides this, it is dust proved and a better service provider. Fluke 87-V also has a low pass filter to prevent noise and do measurements accurately.

Which Fluke Multimeter is best for automotive use?

What is the best multimeter for the money?

Fluke 116 is easy to operate and enjoy both the professionals and trainees. The Fluke 116 can measure microamps of 600.

What are the best capacitor testers?

In a nutshell, the fluke multimeters are worth money in every sense. They last for a long, and battery life is very good. Henceforth, there are so many similarities between Fluke 179 and fluke 87 -5. The differences are not a few. These differences made these two products variably valued multimeters. Before buying a multimeter, be sure of your purpose.

As I mentioned before, choose fluke 179 as a lighter option and 87-V as the heavier one. If you have any confusion regarding the multimeters, you can go through Fluke 179 vs Fluke 87 V review article and buy one without hesitation. 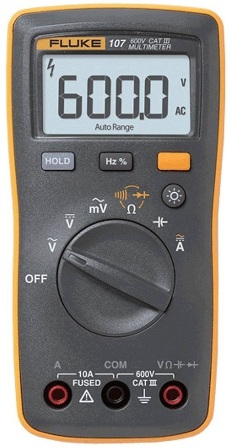 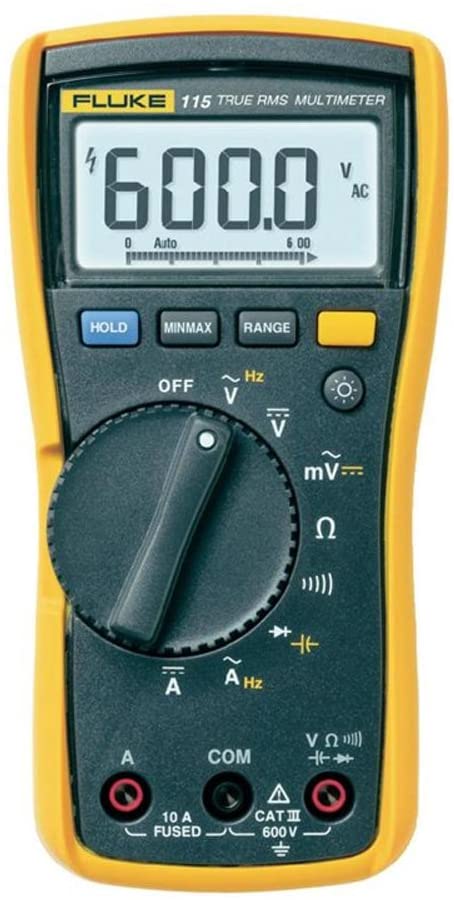