The throttle body is a vital component of a car engine. It is used to get air inside the engine for functional purposes. This component can malfunction for various reasons. Interestingly, some problems can also arise after you clean it.

In the following article, I will discuss what a throttle body is, the signs of a damaged throttle body, and several other vital factors regarding this part of an engine.

What is the Throttle Body?

A throttle body is a tube that has a pivot and flat valve to function. It is used to control the amount of air entering the engine. Two sensors, namely, a throttle position sensor and airflow sensor, send data to the computer, and based on the information, a specific amount of fuel goes to the injectors of the engine.

What are the signs of a bad throttle body?

There are several signs of a poorly functioning throttle body. These signs include poor acceleration or accelerating in sudden bursts, decreased average miles per gallon, the car either taking too much time to start up and stalling, or high idle. Eventually, there is a drop in overall performance.

What happens when you clean the throttle body?

When you decide to clean the throttle body on your own, everything may go okay. However, because of a simple mistake, there can be a negative consequence. The most common result of the error is ‘high idle’ or an erratic and aggressive sound the car makes when idling. The rough sound can occur because of a vacuum leak or a torn intake hose. It can happen entirely by accident even when cleaning it very carefully.

How do you fix high idle after cleaning the throttle body?

High idle fixes up automatically most of the time after some days of cleaning. By turning the car on and off for a couple of days should fix the problem. However, if the problem is persistent, you might have done something wrong while cleaning the throttle body. At this point, you should take the car to a local mechanic for a proper check and repair.

Should I reset the ECU after cleaning the throttle body?

Yes, you should reset the ECU after cleaning the throttle body. There are several causes to reset, but the chief one is ‘high idle.’ Without resetting the ECU, the car will accelerate way too fast and can go out of control if the driver lacks experience. The rpm will also be very high at idle speed, making an aggressive sound. Stalling the car will become difficult as well. Hence, resetting ECU after cleaning the throttle body is essential.

How do I relearn my electronic throttle body?

Now, turn the ignition switch on and wait for 3 seconds before pressing and releasing the accelerator five times within 5 seconds.

After that, wait for 7 seconds and then fully depress the accelerator for 20 seconds until the ‘check engine’ light stops blinking and stays on continuously. Within 3 seconds now, release the pedal.

Start the engine and let it idle for 20 seconds and rev up the engine a few times to confirm if the idle speed is within specification or not.

How do you reset a throttle body?

Can you use WD40 to clean the throttle body?

Can you drive with a bad throttle body?

How much does it cost to fix a throttle body?

What causes a throttle body to go bad?

For today’s vehicle’s engine, the throttle body is a vital part of controlling the airflow. It can go bad for several reasons and create problems in your car. You can easily lookout for these problems and protect your engine. The reasons for which it can go bad are:

How often should you replace the throttle body?

There is no set mileage in the case of the lifespan of a throttle body. Then again, you should give it a thorough cleaning at 75,000 miles. Cleaning it will allow the car to function smoothly, and the lifespan also increases.

The throttle body is a crucial component of a car’s engine, but you can clean it and fix the problems by yourself by following the correct procedures. Several types of issues can arise with the throttle body. However, no need to be afraid as the instructions on how to repair, clean, and service the throttle body are readily available for use. 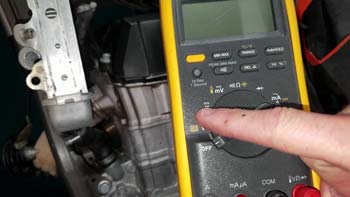 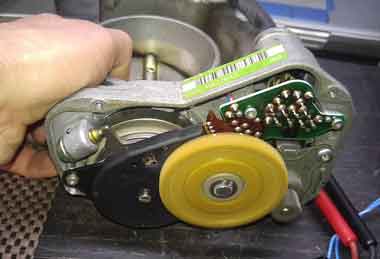