Among the issues of the engine in EGR delete Detroit series 60, the EGR problem is the most severe. If you are opting to buy one of these engines, don’t worry. Today, we are going to show some of the common problems of a 60 series Detroit engine along with the EGR problem. In addition, we are also going to show you the ways to bypass the problems. Stay tuned till the end!

This heavy-duty engine first came out in the market in 1987. It was the first heavy-duty electronically controlled engine. This engine has three versions. The 11.1 L was continued till 1998. That is why the 12.7L was a common choice till the 14.0L got introduced. The 12.7L and 14.0L have peak horsepower of 505 and 575 respectively.

The 12.7L was the most popular in terms of an on-highway diesel engine. This type of engines is generally electronically controlled. The process runs with the proprietary DDEC (Detroit Diesel Electronic Control) system. There were four types of DDEC system- DDEC I, DDEC II, DDEC III, DDEC IV.

DDEC system is pretty easy for both the driver and the mechanics. Besides, this system allows the owner to download some necessary information like engine management reports, idle time, hard braking, overspeeding, and other parameters. Generally, the system shows two indicator lights. The yellow is for light issues while the red indicates a major engine fault.

We know how things went for the first emission control system equipped vehicles. It was horrible for the owners and there was only one way out of it. Deleting the EGR. Well, nowadays the emission systems are so well adjusted that you won’t even notice any issue in performance.

But things are different for the old school vehicles. Even if the emission systems are up to date, there may be some compatibility issue with the engine. It is the same for our Detroit series 60 engine. Among some common problems, the EGR problems are the most severe.

We all know how an owner or a driver may get affected by the EGR problems, don’t we? Going to the mechanics frequently is the least among them. Our Detroit series 60 face EGR problems mainly because of its outdated EGR cooler.

Older engines are prone to coolant leaks in the EGR. While the problem is not necessarily serious, it can lead to white-tail pipe smoke, minor overheating, and loss of coolant over time. Coolant loss will eventually become severe enough to cause severe overheating and shutdown.

We want to portray here that, as time passes, the coolant problem will grow. The minor types of overheating can be turned to severe overheating over time and it may cause critical engine failure and shutdown. So, without proper care, you are always in trouble.

As we have mentioned earlier, the Detroit series 60 is a very reliable engine. But as the age of the engine, some of them face issues over time. The most common issues a series 60 may have are-

Even though the series 60 12.7L Detroit engine is a great one, it has some common issues. They are-

The most common issues with the 14L Series 60 Detroit are-

The solution to the EGR problems

Getting rid of this problem is very important if you want to have a clean experience with the Detroit series 60. We previously stated that the EGR faces problems mainly because of the problematic cooler. So, you can consider replacing the cooler with a good aftermarket product. However, the following steps may help achieve your goal if you can do the job properly-

We have already said this. The defective cooler is the main culprit behind most of the problems regarding the EGR. That is why if you can replace the cooler with a good aftermarket part, it will do the job nicely. Thus, you will have a new, good performing cooler and the solution to the EGR problem will be a plus. Detroit 60 series EGR cooler problems

Although it may seem the default EGR is a good one, due to aging and other reasons, the EGR valve itself may become underperforming. If that is the case, you have no option left but to replace the EGR. You will have a brand new EGR along with the problem being solved.

3. Get your vehicle to the mechanics:

If you are a newbie or don’t want to get anything wrong while replacing, it is always a better option to leave the things for the experts. There is always the chance that they will understand the problem better. Thus the chance of a better solution increases too.

Beware. There is almost a 100% chance that your state doesn’t permit deleting the EGR. You can do so if your intention is to use the vehicle only for the off-road purpose. We know how well a deleted vehicle serves. If everything is fine, go for it.

Deleting the EGR of your 60 series Detroit is not a bad idea at all. In fact, it will relieve you of plenty of EGR-related problems. Even though deleting is not the only option here, it is a pretty good one to get rid of all the problems.

To get the deletion part done, it is always a good idea to go for an aftermarket dedicated delete kit. It will surely help you a lot to achieve your goal of deleting the EGR on your 60 series Detroit. But beware of the fact that you will fail in every emission test if you delete the EGR.

The rule of keeping a thing to its best shape for a long time is to use it with affection and care. If you can manage to create a good driving habit, it will pay off in the long run. Regardless of the vehicles, if you don’t push limits, you are going to have a good time with them.

How to bypass EGR valve on 60 series Detroit

Bypassing the EGR valve on your 60 series Detroit may be the way to get rid of all the EGR-related problems. We don’t suggest removing the EGR altogether or unplugging it for a reason. Without the EGR valve, you will fail in every inspection. That’s why we suggest only bypassing the EGR to get the job done.

You can bypass the EGR on your 60 series Detroit by simply removing the EGR and putting a sheet metal in its place. Then you have to create two holes to give a proxy for the two bolts to the computer. We are attaching a video here. We think it will help you a lot in this manner.

One of the most common issues you will find out about the Series 60 Detroit is the EGR cooler-related issue. To get rid of the issues, you have to replace the faulty EGR cooler as soon as possible. Because the EGR won’t be able to function properly without the EGR cooler.

One of the most common issues with the Detroit 60 series is the problem related to the EGR cooler. The job of the EGR cooler is to keep the temperature in the EGR low. You may fall into further problems if the EGR cooler gets into trouble.

Because the cooler will no longer keep the temperature low in the EGR system. That is why you need to fix the EGR cooler problem as soon as you find it out. The following symptoms indicate that there is an issue with the EGR cooler-

3. Overheating in the engine

To get rid of the EGR cooler-related problems, it is a great idea to bypass your Detroit 60 series EGR cooler. There are plenty of great aftermarket EGR coolers in your nearby stores and even online. Replacing the EGR cooler is a straightforward process.

You have to simply remove the old EGR cooler and replace it with the new one. But before removing the old EGR cooler, make sure to drain coolant from it. Otherwise, everything will be messy from the coolant drips.

As there are tons of aftermarket EGR valves available in both the offline and online market, you can easily replace the EGR valve on your Series 60 Detroit. To avoid EGR valve-related issues, you can clean the EGR valve on a regular basis. It will help increase the lifespan of the EGR.

Finding the EGR valve location on your Detroit 60 series is extremely important if you want to go for an EGR bypass. Whether you want to completely remove the EGR valve or block it, you will need to know the location for that. Otherwise, you won’t be able to do the blocking or bypassing properly and most likely face problems.

How to test EGR valve on Detroit series 60

You can do the testing by simply inspecting the EGR valve physically. If you think you won’t be able to tell about a faulty EGR just by seeing it, test the valve with a vacuum pump.

You can do this simply by removing the default vacuum hose and placing a hand vacuum pump in its place. Then compare the EGR valve’s condition by taking both the vacuums’ reading into account.

5. Unusual smell of the fuel

Is the Detroit series 60 a good engine?

Yes, definitely. Actually, Detroit series 60 engines are quite famous for their heavy-duty performance. Although these engines are a bit outdated, they are still capable to take a lot of loads. In primetime, Detroit series 60 was named by the Diesel Power Magazine as the second “Best Diesel Engine Ever” in 2006. Now, can they be called good? It’s up to you.

How many miles does a Detroit engine last?

What is the cost to rebuild a Detroit 60 engine?

The rebuild cost varies upon the condition of your vehicle and engine. For example, if you have crossed 1 million miles with your truck, Detroit may want $10,000 for the rebuild with 1 year and 100,000 miles warranty. If your vehicle is in an even better situation, the cost may not be that much. Most of the time the cost doesn’t cover the labor cost. If you are a total beginner about the rebuild cost, you can make a budget of around $12,000 to $15,000 to get everything covered.

How much horsepower can a 60 series Detroit put out?

What is the best Detroit engine?

The Detroit diesel series 60 is the best engine produced by Detroit. This engine is really famous for its reliability and overall performance. Back in the prime days, this engine was even named as the 2nd best diesel engine ever.

Is Cummins or Detroit better?

It depends on your demands. For example, going uphill is the job of Detroit engines. And for common and simpler uses, Cummins is a better choice. There are several other sections where the Cummins beat Detroit. That is why unless you need a truck for going uphill, Cummins engines are definitely a better choice.

How a Bad EGR Cooler can impact your VGT Turbo, Symptoms, Problems for Cummins, Detroit, Navistar

Old is gold. This proverb perfectly suits the Detroit series 60 engines. These engines may look outdated if you consider the years they stopped production. But the numbers tell us a different story. 1 million miles with a single overhaul is not a joke.

Anyway, if your vehicle is a bit old in age, it is better for you to find and address the common issues with the engine. This will help to last the engine longer. Although the EGR problems of the Detroit series 60 engines may give you a little headache, following the correct pathways will relieve you from any possible harm. 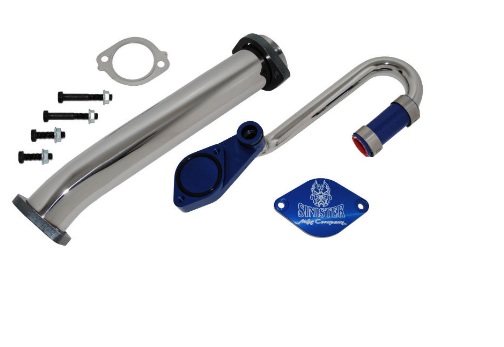 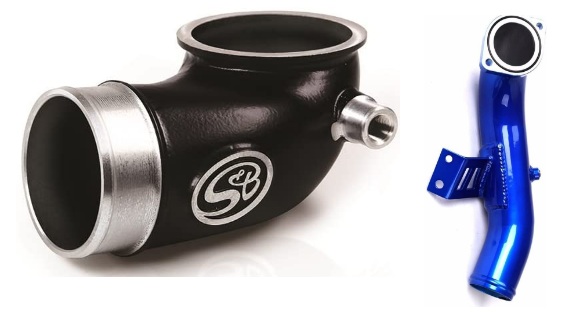 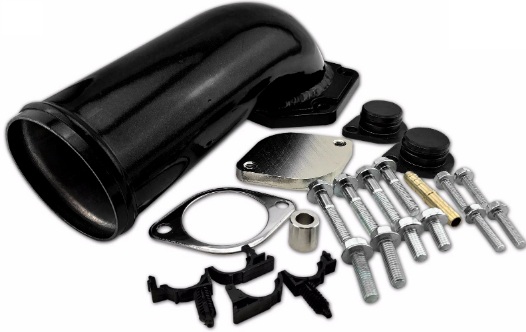 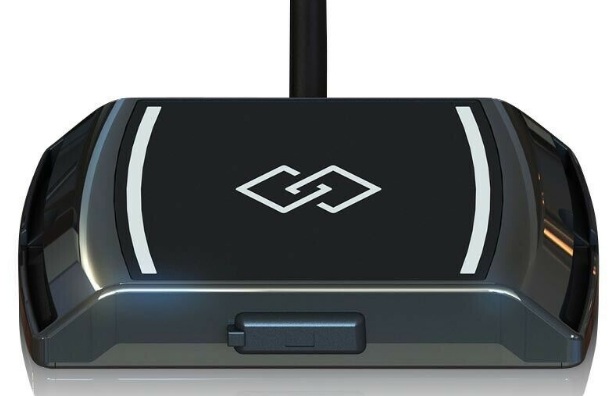